The cinema will be opened for half an hour before the beginning of the first session.

FORUM CINEMAS CENTRUM opened its doors in Viljandi on 10 March 2017.

Forum Cinemas Centrum will deliver a wide selection of the newest films to film enthusiasts from South Estonia on a daily basis, and exciting special events that include entertainment for cinema-goers of all ages and interests. The films have Estonian and Russian subtitles and several great films to be screened in Viljandi will be dubbed into Estonian.

Forum Cinemas Centrum is located in the centre of the life and city of Viljandi – on the first floor of the Centrum extension.

The two halls of the cinema (168 and 87 seats) provide film enthusiasts with a wide selection and world-class sound and picture quality. Both halls are equipped with the modern and absolute world-class technology – digital projectors which enable showing the viewers both fully digital films, as well as 3D films. Comfortable cinema seats with tall back support are equipped with cup holders according to good practice, and with the aid of rising rows of seats, cinema-goers are ensured the total view of the whole screen. In addition, enough space has been left between rows to stretch your legs. A true cinema experience is offered by large, slightly curved screens which ensure even distribution of projector light, as well as a clearer and sharper picture than provided by the regular flat screens.

In addition to the numerous comforts of a modern cinema, Forum Cinemas Centrum offers film enthusiasts world-class technical quality and good service. When presenting films, high-quality sound is ensured by cutting-edge sound processors and special speakers developed to create the perfect sound. The larger hall is equipped with the Dolby Atmos sound system that provides an extraordinarily high-quality sound, which feels as if you were in the middle of the events.

Buying cinema tickets has been made very comfortable for film enthusiasts – in addition, to advance sale at the ticket office, tickets may also be obtained online or through the mobile. On www.forumcinemas.ee and in the Forum Cinemas application (iOS, Android and Windows), it is possible to check the number of free seats in real-time, and you can pick your own seat when buying tickets. A ticket machine located by the entrance of the cinema is another option for buying a ticket.
In the case of 3D films that require wearing 3D glasses, you can obtain reusable 3D glasses at the point of sale of the cinema. There, you can also buy the best snacks and drinks to enjoy during the film.

The cinema is operated by Forum Cinemas OÜ and belongs in the same cinema franchise as Coca-Cola Plaza in Tallinn and Ekraan in Tartu. In Finland, Estonia, Latvia and Lithuania, the Forum Cinemas chain includes more than a hundred cinema halls. 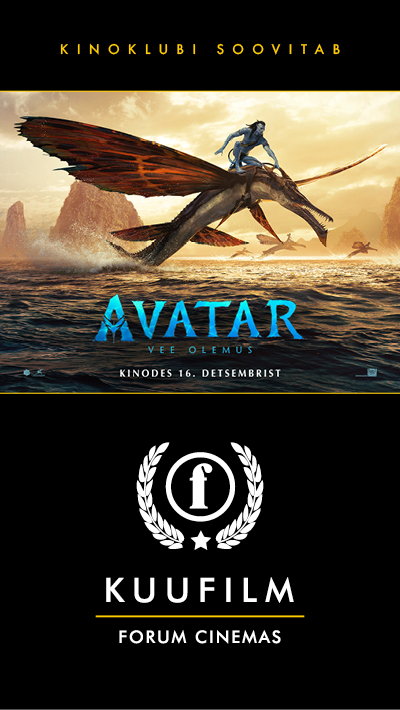